Poland is the country where we can find many sites connected with Jewish history. Some of them have nice memories from the past, but there are also sites which bring bad memories. We would like to invite you to visit these heritage places which mean so much to Jewish nation.

On request. 4-8 people in the group, on request

Highlights: Lodz: the New Jewish Cemetery – the largest Jewish cemetery in Europe, Piotrkowska Street – one of the longest shopping street in Europe, the buildings of Karol Schreiber’s factory, who in the 19th century formed a city within city and Izrael Poznan ski’s (called the ”king of cotton”) palace and factory.  Nowadays it is the shopping and entertainment centre “Manufaktura”. Cracow – Kazimierz, the former Jewish district with the Old Synagogue, Monument Old Town: The Old Market Sq. The largest European mediaeval square with the Renaissance Cloth Hall – “Sukiennice”, Shindler Museum, the square of Ghetto Heroes, Plaszow, Auschwitz: Auschwitz Museum – Death Camp in Oswiecim known as Konzentrationslanger Auschwitz. At present, the National Museum of Oswiecim is situated on the site of the former camp.

Meeting at Warsaw Airport. Transfer to the hotel.

Following the tour according to the itinerary highlights

Transfer  to airport for your next destination.

The price does not include

Prices may vary depending on the number of people, season, hotels, services and duration. Tour leader during the entire stay in Poland can be included at additional cost.The kosher food and the guides with Hebrew language can be arranged on request. Shouldn’t you need our adapted vans we can offer you regular vehicles. Any part of this itinerary can be altered to fit your need. For larger groups contact us. 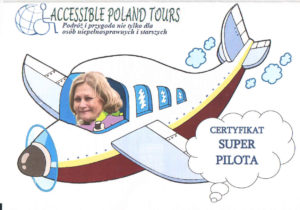